This Week’s Cartoon: “Year of the Mombies” 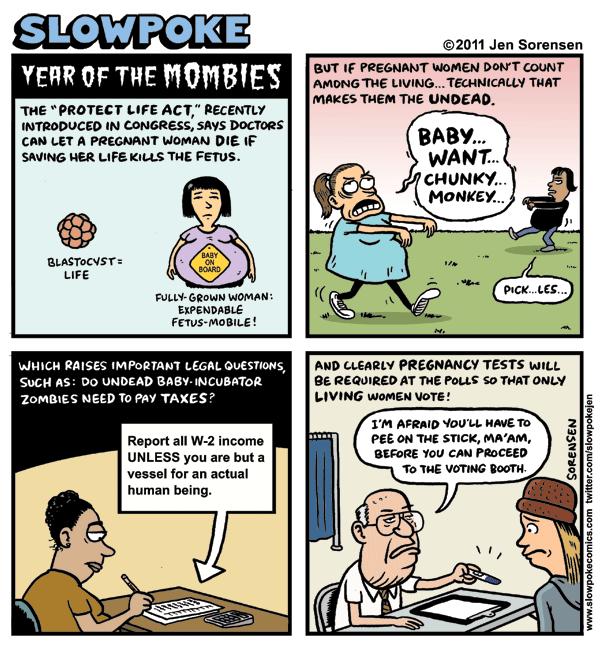 While much of the news media was rightly focused on Egypt last week, your friendly GOP-led House of Representatives was busy introducing a truly heinous bill called the “Protect Life Act.” This bill would allow emergency room doctors to let a pregnant woman die rather than perform an abortion to save her life.

This isn’t the pipe dream of some lone Bible-Belt crackpot from Upper Butt Scratch. The “Protect Life Act” is co-sponsored by one hundred Representatives, among them such right-wing luminaries as Paul Ryan and Ron Paul, whose libertarianism conveniently ends where ladyparts begin.

You know, we fight these battles year after year, and instead of seeing reason gradually prevail, we have a situation where the opposition only grows more radical and monstrous. It’s only a matter of time before these people are really running the show, and I shudder to think about what will happen.

On a cheerier note, look for one of my cartoons in the current issue of Ms. Magazine!