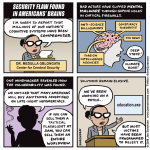 In normal times, this cartoon might feel a bit like a cheap shot, but in today’s America, it’s unfortunately more like an accurate description. Incredible numbers of people have come to believe utter falsehoods, helped along by a roster of moneyed villains. Raising the accuracy and intelligence of our various media would certainly help, but we also need to solve the gullibility problem. Don’t ask me how we’re going to do this.

As one reader reminded me today, the Texas GOP actually opposed teaching critical thinking skills in its 2012 platform. You can’t make this stuff up! 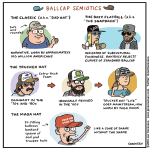 There’s been a flood of upsetting news stories lately, but — perhaps partly because of this — I felt like doing something more fun for a change. I recently purchased a Trucker Hat “Lite” at a thrift store after sifting through a massive bin of ball caps (rejecting ones with camouflage or golf clubs), which got me thinking about the powerful symbolism of headwear. Of course everything is political, even hats, so we end up back at Trump.

Doing a little research for this cartoon, I found out that the standard ballcap is actually referred to as a “Dad hat” in industry parlance. I did not know this. 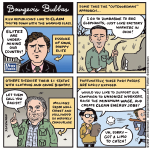 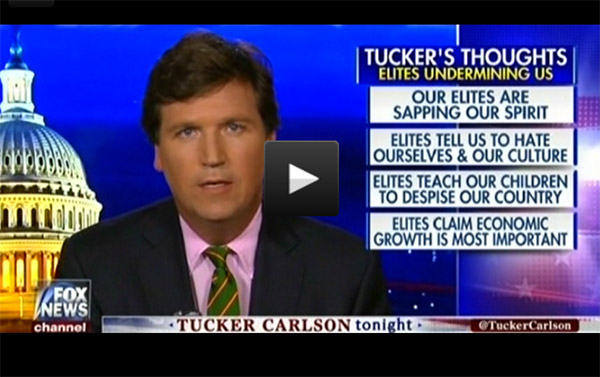 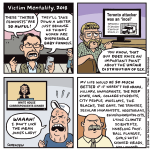 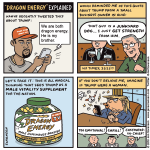