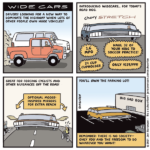 As I have noted before, these are not the pickup trucks of my childhood growing up in rural Pennsylvania. These are ostentatious $70,000 monstrosities that exist to intimidate others and perform some extremist vision of masculinity. I think some people are afraid to criticize them because they view them as work trucks or objects of authentic Americana, and while some percentage may be used for actual labor, these luxury behemoths are faux-working class vehicles often driven for pleasure by affluent people. (It seems safe to assume they’re also luring less-affluent people into debt they can’t afford.) 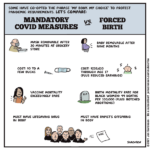 You would think that the Supreme Court seeming pretty much okay with state laws forcing girls to bear their rapists’ spawn would create a tidal wave of revulsion. But that would involve “norms,” which are apparently in short supply.

The data cited about maternal deaths among Black women comes from the CDC website. As many of you probably know already, the US has the highest rate of maternal death among developed nations. The $233,610 cost of raising a child is from a widely-cited USDA study announced in 2015. That figure does not account for inflation. 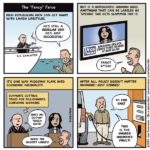 There’s a massive double standard when it comes to how we talk about spending by different groups of people. Republican men can live as opulently as they like and get a pass. Tucker Carlson, Sean Hannity, Trump, Steve Bannon, Rush Limbaugh — all of them are (or were) fabulously wealthy and support policies that hurt working people. There’s also a cult of dandyism and fancy tailored suits on the alt-right. Yet who gets called out again and again?

When the right pulls these hypocritical stunts over and over and over again, we should recognize them as textbook smears that have nothing to do with actual economic policy positions.