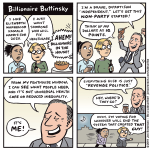 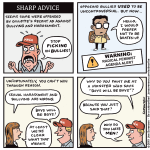 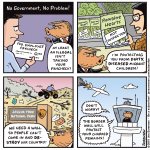 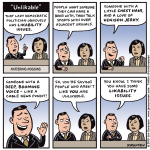 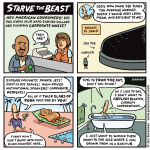 This week’s comic is one final holiday classic before I head back into the trenches, although it has been updated to reflect 2018 data about the CEO-to-average worker pay ratio. The original strip from 2011 cited a statistic of 343 to 1. According to this Forbes article citing an AFL-CIO report, the pay gap has widened to 361 to 1. In the 1950s, the ratio was more like 20:1. Thank goodness no economic policies have been enacted to exacerbate this trend!