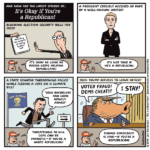 The House Is Too Damn Big

This was inspired by a Wall Street Journal article that was published in March, but for some reason went viral over the weekend. The article specifically discusses multi-million dollar dream homes in the Sunbelt that aren’t selling:

For their retirement in a suburb of Asheville, N.C., Ben and Valentina Bethell spent about $3.5 million in 2009 to build their dream home: a roughly 7,500-square-foot, European-style house with a commanding view of the Blue Ridge Mountains.

The Bethells said they love the home but it now feels too big, especially since their adult son visits only about once a year.

“It now feels too big.” WHO COULD HAVE KNOWN? Meanwhile, an entire generation stuck with student loan debt, capricious contract work, and sky-high real estate prices, can’t afford to buy at all. And the minimum wage remains $7.25/hr, where it was last set a decade ago. 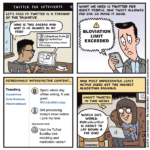