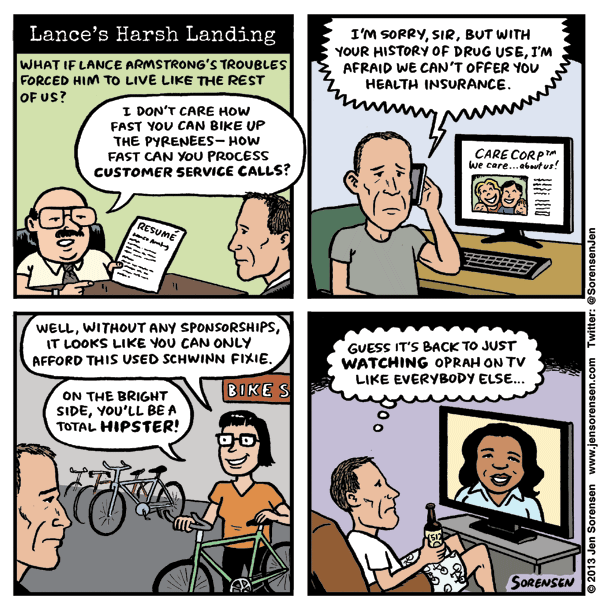 I highly doubt that Lance Armstrong will need to apply for demoralizing low-wage work to make ends meet. Dude could live quite handsomely off the value of his real estate holdings alone. I actually find the whole thing more fascinating than a source of schadenfreude. What really bothers me about Armstrong is not so much the doping, since pretty much everyone seems to have been doing that, but rather the way he made life hell for people who told the truth about him. To be so aggressive against people who inevitably start to talk… well, I just don’t know how he slept at night. Lots of exercise, I guess!

My pet theory before his confession was that he had doped earlier in his career, but kept returning to the Tour de France to show he could do it without doping a certain number of times. Guess I got that wrong.

While doing this strip, I noticed that drawing Lance is oddly like drawing his fellow Texan George W. Bush.