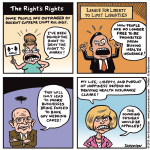 I was on a trip to Turkey last week, so I used a classic strip, in case you were wondering why there was no cartoon. I’ll be posting more about my adventures soon.

I found out about the ACA ruling in the Houston airport shortly after arriving back in the US. Not a bad way to re-enter the country! Of course, I would have preferred not to have had to worry about keeping my health insurance in the first place. 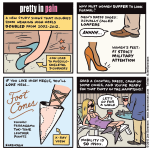 As a wide-footed, cranky-toed woman, I have always been incapable of wearing high heels, and I’ve had doctors instruct me not to wear them. Of course, this sometimes makes me the least-fancy woman in the room.

More info on the study here. 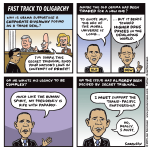 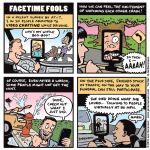 From the AT&T survey mentioned in the comic:

When you see the driver next to you looking at their phone, it’s no longer safe to assume they’re texting. New research from AT&T shows nearly 4-in-10 smartphone users tap into social media while driving. Almost 3-in-10 surf the net. And surprisingly, 1-in-10 video chat.