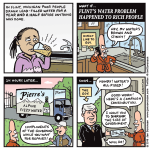 You would think the wealthiest nation on earth could do better than this. Of course, these public health disasters are what we can expect when basic government services get chipped away over the years by ideological zealots. Curiously, reports are surfacing that cost-cutting may not have been the primary reason for the water supply switch, raising the possibility that politics were somehow a factor. Whatever the case, it seems unlikely that a deep-pocketed GOP donor would have had to wait a year and a half to get Gov. Rick Snyder’s attention.

Behind the scenes at the Trump girl group tryouts 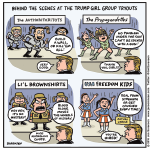 In case you haven’t seen the “Freedom Kids” performance at the Trump rally, proceed here. Have a stiff drink ready.

Do I detect a trendlet of little girls spouting wingnuttery on behalf of GOP candidates? There was that Ted Cruz ad starring his daughters a few weeks ago, and now this. Of course, when people make fun of these performances that are (ironically enough) practically Maoist in their ideological zeal, they are accused of picking on poor, defenseless children. So let me be clear: I am mocking the grownups who are using these kids as mouthpieces to spew belligerent, jingoistic twaddle the kids probably don’t even fully understand. 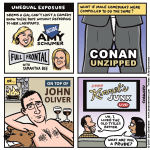 When I learned the name of Daily Show alum Samantha Bee’s new show recently, my heart sank a little. “Full Frontal?” Really?  Here’s my theory about why prominent comedy shows hosted by women have titillating names. From a studio exec’s point of view, having a female host is a risky proposition. Some viewers will simply assume that a show hosted by a woman is just “for women.” Also, to be a comedian is to be an authority figure, and some people just aren’t into watching a lady in that role. (Whenever I write about this, I get comments from guys protesting that they like female comedians, so let’s just agree I’m not talking about you.)  The solution, as far as the entertainment industry is concerned, is to go “Full Hooters” with the name, making the show appear non-threatening to the easily-emasculated.

Note for nitpickers: I’m well aware of the arguments behind reclaiming female sexuality and am fine with women being desnudas or whatever, but Sam Bee is a political humorist. The name seems gratuitous. It occurred to me that the title might have been inspired by Jessica Valenti’s book Full Frontal Feminism, but that’s using the concept in a very different context. My point here is not to pick on Bee, who I admire and who is probably under incredible pressure to make the show succeed, but to illustrate a double standard that’s hard not to see as a sad commentary on the state of women in comedy and the media. 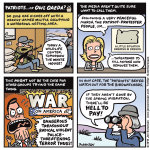 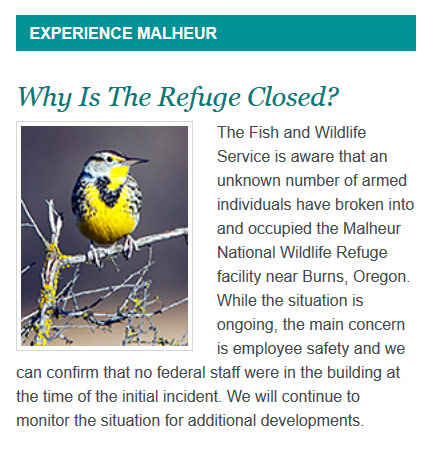