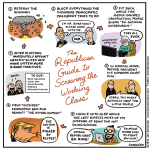 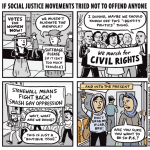 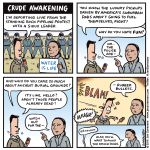 I may have taken artistic license by showing a mainstream-ish TV news reporter here, as it seems this very important story is being largely ignored. In case you haven’t been following, a recent college grad had her arm mutilated by what many think was a concussion grenade; police sprayed people with hoses in the subfreezing night, risking deadly hypothermia; another woman had her retina severed. Journalists are facing arrest and rubber bullets. The camp is facing evacuation on December 5, a situation which threatens to become violent. It’s imperative that Obama step in; this is not a time for overcautiousness. The stakes here are enormous. It’s not only the Standing Rock Sioux who are imperiled; the world cannot afford this pipeline.

I appreciated the notes from people eager for an election rant. I’ve been busy lately and am still gathering my thoughts (I have a lot of them). At some point, I’m sure I’ll write something. In the meantime, enjoy those mashed potatoes. 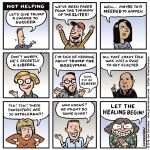 Let’s get real on Election Day 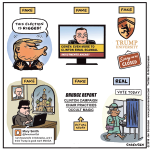 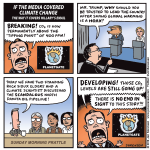 As many have noted, not one question about climate change was asked by the moderators of the recent presidential debates, despite our passing a major climate milestone in September.

A fairly astonishing study of network news broadcasts in 2016 showed no (!) climate change coverage — and relatively little policy coverage, for that matter — yet ample reporting on Hillary Clinton’s email.

You know what’s “extremely careless” (to borrow a phrase from James Comey)? Ignoring the most important issue in the world. 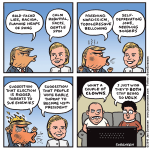 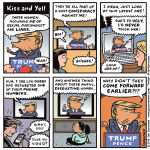 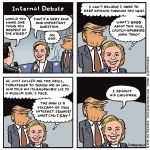