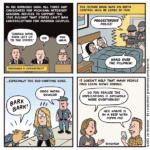 For further background, see this article.

I think these scenarios sound far-fetched to those who have lived in an era of social progress on these issues, but given the infiltration of the US legal system by Federalist Society extremists, and what we’ve seen so far with abortion cases, the repeal of many of these rights seems entirely plausible. 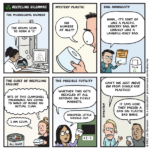 I’ve long been an avid recycler, and I get annoyed by cynics who point out the many shortcomings of the process without offering a solution other than doing nothing. Plastic recycling, however, seems uniquely problematic, given the massive carbon inputs used to create plastic in the first place, the tiny fraction that actually gets recycled (especially now that China has stopped taking our shipments), and the fact that plastic pollution is rapidly pervading every space on Earth, including our own bodies. 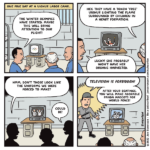 A few relevant sources to check out if you’re interested: this Daily Beast article pulls no punches on the choice of a Uighur athlete to light the Olympic flame. “Gaslighting the world” gets it about right. The practice of organ harvesting sounds far-fetched and feels impolite to mention, but is alas well-documented by credible organizations such as the UN’s Office of the High Commissioner for Human Rights. This NBC News article from 2019 headlined “China forcefully harvests organs from detainees, tribunal concludes” is also rather unambiguous.

As far as forced labor is concerned, the IOC has “failed to offer credible evidence that there are no products made with forced labour in the thousands of items of Olympic-branded merchandise sold or worn in connection with the Beijing Winter Games” according to the Coalition to End Forced Labour in the Uyghur Region. 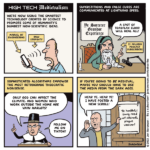 Among other things, Joe Rogan has been promoting ivermectin as a miracle cure, refusing to get the vaccine himself and suggesting healthy young people don’t need to bother. Corporations aren’t going to turn down profits to preserve basic ethical standards on their own; nor is government, sans equal time laws, going to do anything, so it’s up to us to defend the public commons. Boycotts are one of the only tools we have left.