The Conservative Health Exchange is Open 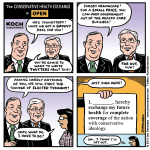 Those Koch-funded ads to convince young people to opt out of Obamacare were so weird, I have trouble believing they’d be terribly effective. Nonetheless, it pains me to watch billionaire fossils long-detached from the realities of America give bad advice to an economically-hosed generation. 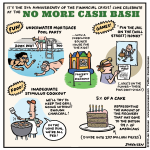 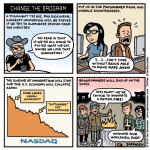 A dust-up has been ensuing in the tech community over various tweets and statements made by the now-former Chief Technology Officer at Business Insider, Pax Dickinson. To make a long story short, Dickinson has displayed hostility — often crassly — to those who would like to make the industry a more hospitable place for women. It is obvious that this sort of rhetoric contributes to the lack of women in tech and unhappiness of women in tech, but I’ll let these Slate and Washington Post articles explain more. 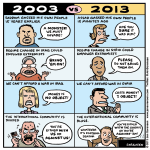 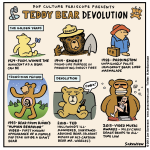 Yes, I know there are more important things going on in the world, but hear me out. Miley Cyrus’s performance at the VMA’s didn’t strike me as offensive so much as painful to watch. Cyrus probably has enough money to buy herself a giant animatronic bear every single day for the rest of her life, yet she still apparently felt compelled to do a cringeworthy PR stunt that seems like the ultimate amateurish knock-off of the kind of thing Madonna used to do so well. Am I saying “If a woman does this kind of thing it’s bad”? No. If a woman does this kind of thing truly badly, it’s bad. In the end it is kind of sad that she felt the need to objectify herself so flagrantly yet could not pull it off successfully; it had a hint of desperation. (There was also the questionable matter of the African-American female-bear-dancer booty-pounding, which has been discussed on the internet at great length.)

I had some fun researching this one. Did you know that there was a real Smokey Bear who lived at the National Zoo and received so many letters from children that he had his own ZIP code? Or that there was a Soviet adaptation of Winnie-the-Pooh called “Vinni Pukh”? You can tell a lot about a culture by its anthropomorphized bears.