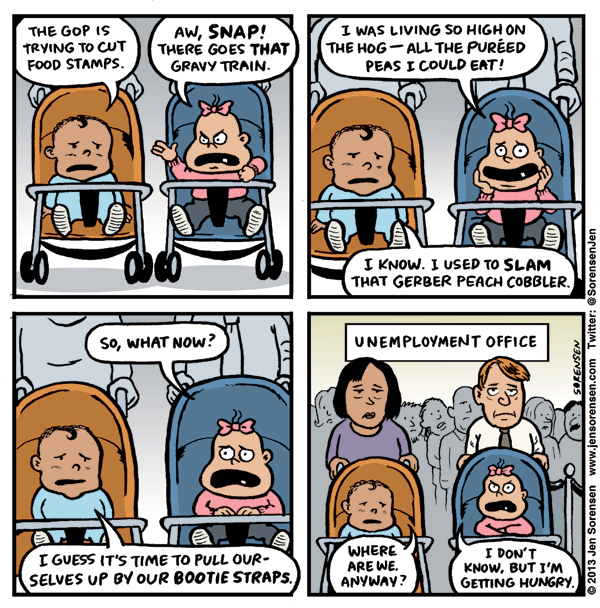 As Paul Krugman noted in a recent column, the latest farm bill coming out of the House Agriculture Committee would kick around two million people off of the Supplemental Nutrition Assistance Program. In addition to being a massively-boneheaded austerity measure that hurts the economy, such a move would affect large numbers of children. Ah, those lazy dependents with their culture of dependence! I guess we should make them earn their food by scavenging dumps for scrap metal or something.

And yes, I was thinking of that Free to Be You and Me sketch “Boy Meets Girl” with Marlo Thomas and Mel Brooks as I drew this.

For more commentary on this and our crueler tendencies, Comic Strip of the Day has a good post.