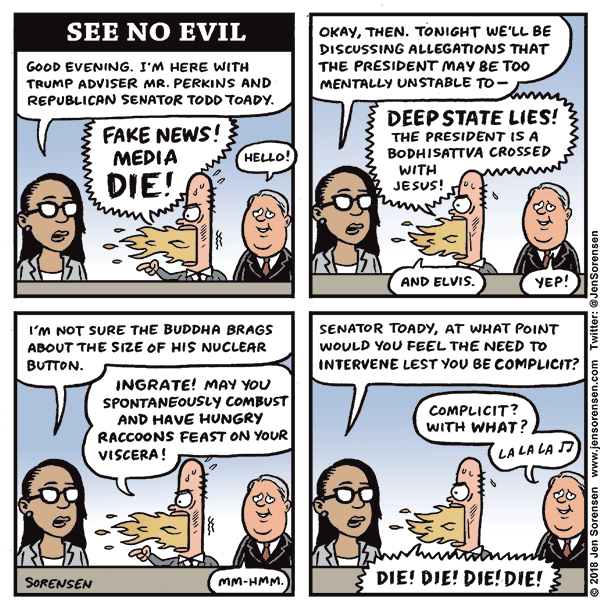 This comic was initially inspired by Sheriff David Clarke’s over-the-top tweetstorm last week. He railed against “fake news” and promised to “bitch slap these scum bags.”  “Punch them in the nose & MAKE THEM TASTE THEIR OWN BLOOD. Nothing gets a bully like LYING LIB MEDIA’S attention better than to give them a taste of their own blood” he added. In earlier times, a prominent supporter of the president making unhinged violent threats against journalists like this might have been perceived as scandalous and embarrassing, but it’s just another day in the Trump era, where this kind of authoritarian rhetoric has been normalized.

Just this last Sunday, hotheaded Trump adviser Stephen Miller had an interview cut off by Jake Tapper on CNN, providing some extra backdrop for the cartoon.