« Cartoon: Calling for Impeachment
Fear of a Female Wonk » 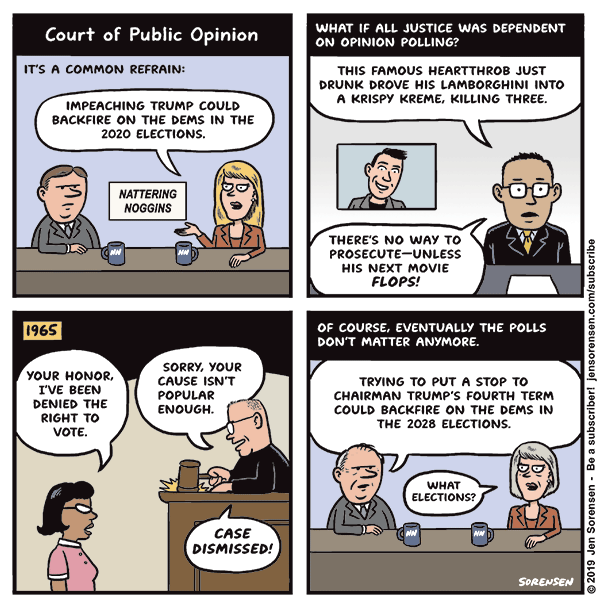 Tweet
I get that many Americans still aren’t fully on board with impeachment, although those numbers seem to be changing. But there comes a time when the illegality and corruption are so eye-poppingly egregious, to do nothing isn’t really an option. At this point, the talking heads still fixated on the partisan horse race are focused on the wrong question. There will be no turning back if we don’t at least try to stop this assault on what remains of our democracy.
Though I couldn’t fit this into the cartoon, I realize that changes in law such as those during the Civil Rights Movement did in fact depend on changing public opinion. Simple enforcement of the law, though, is not in principle a matter of partisan politics.
Help sustain these comics — join the Sorensen Subscription Service!
10.01.2019 | Posted in Weekly Cartoon
Tags: civil rights, Democrats, impeachment, trump