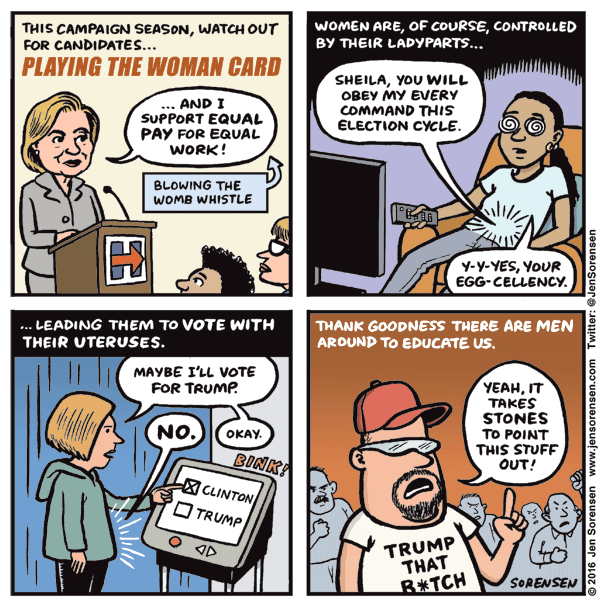 My husband actually spotted a bumper sticker saying “Trump that bitch” the other day.  Nice to see people keepin’ it classy.

As you’ve undoubtedly heard by now, Trump accused Hillary of playing the “woman card.” (He also suggested she lacked stamina, an odd — if phallically-loaded — criticism to level at someone who’s been campaigning tirelessly for eleven months.) Look, this is not that hard to understand: a woman running for president, who advocates for women as part of her platform, is not playing a “card” that gives her some kind of unfair advantage over her oh-so-meritocratic male opponents. See Jill Filipovic’s excellent NYT op-ed piece on how Donna Edwards was accused of playing the “race card” in her Senate campaign simply for talking about her life story, and how women and minority candidates are accused of playing a ”card” simply by virtue of who they are.