« Cartoon: A handy comparison of Obamacare vs. Trumpcare
“Government” or “Democracy”? » 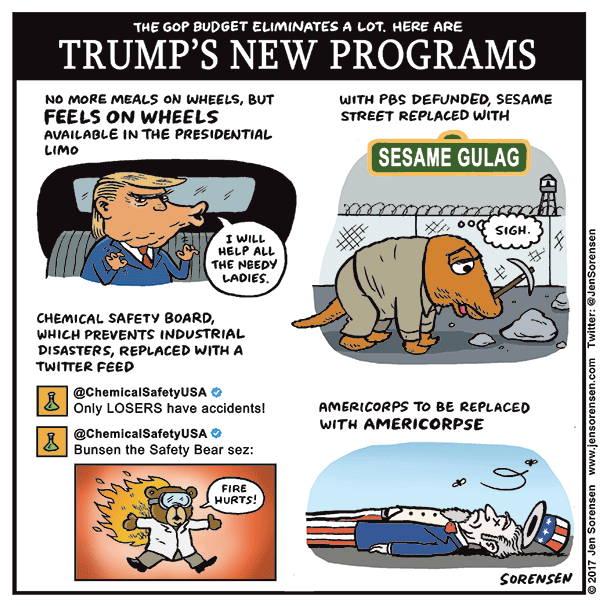 A couple relevant articles from Charleston, West Virginia (you know, where Trump cares so much about working people):

Then there’s this gem from Houston, where they have, oh, just a few chemical plants and refineries:

While little known to the masses, the CSB is to chemical disasters what the much better-funded National Transportation Safety Board is to airline crashes, train derailments and bridge collapses. Without the recommendations that come from these boards, preventable accidents repeat themselves.

Gutting the CSB is “standing up for death and destruction,” said chemical safety consultant Paul Orum. “It’s disrespectful to those killed in such incidents.”

You’ve probably heard of the cuts to PBS. After I wrote the cartoon, I found out the 2014 movie Muppets Most Wanted was set in a gulag. I know somebody is going to mention this, so let me just say I am aware of the Muppet-labor camp connection.