What would it take for the GOP to dump Trump?

« Freedom to be Screwed, 2017 edition
Democracy is not partisan » 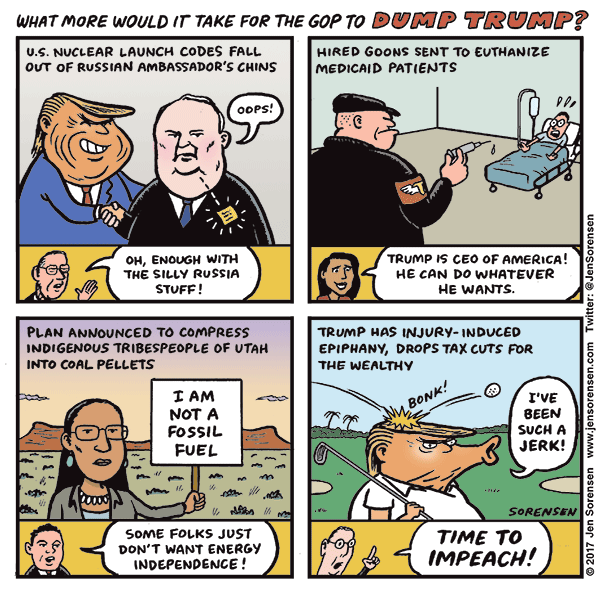 To illustrate just how absurd things have gotten, I actually had the first panel of this cartoon drawn before news broke that Trump leaked classified intel to the Russians in the Oval Office. That was supposed to be parody! Okay, maybe the launch codes haven’t fallen from Sergey Kislyak’s jowls yet… but it’s only a matter of time.

At this point, Republicans have demonstrated such a breathtaking dereliction of duty, it’s clear they have completely ceased to be a legitimate political party serving the public interest. They represent only the abuse of power, and are fully complicit in this ghastly nightmare.
05.16.2017 | Posted in Weekly Cartoon
Tags: donald trump, Republicans