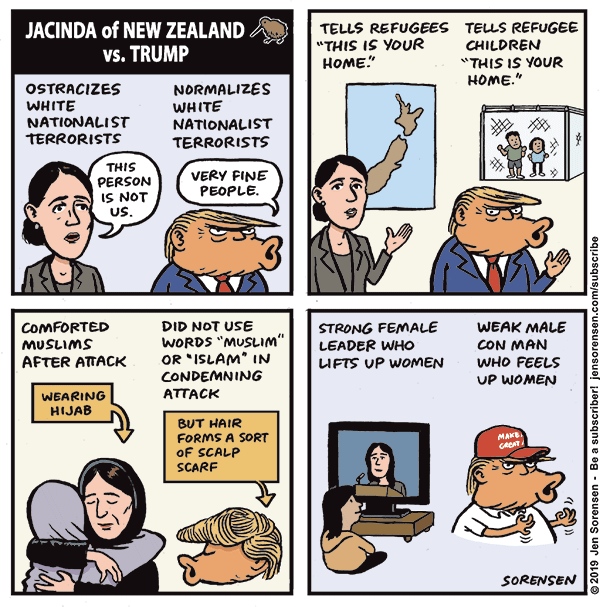 Tweet
Watching New Zealand Prime Minister Jacinda Ardern’s response to the terrorist attack against Muslims in Christchurch threw into relief what a real leader of a country looks like. I couldn’t help but feel a bit jealous of my antipodean sistren and brethren. Meanwhile, here in the States, Trump is downplaying the growing threat of white nationalism that he’s helped foment.